Warning, this article may challenge long held ideas about sex work and sex workers causing cognitive dissonance and strong emotional reactions. If your worldview is reliant on these misconceptions this may cause psychological distress. 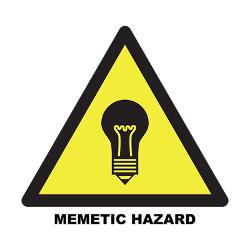 Disclaimer; This is by no means a comprehensive list of all myths about sex work or sex workers, the tone is mildly satirical in areas to highlight important points and to help provoke empathy in the reader. The hope is to expand this into an ongoing series regarding the myths about sex workers and sources used are at the bottom of the article.

Myth: Most sex workers are coerced or forced into doing it. Therefore sex work should be criminalized

Reality: This one does not even require too much thinking to realize how absurd this claim is. A sex worker by definition performs their services of their own free will, any coerced labor is not work but instead trafficking. Sexual trafficking does happen and it is a real problem in the world, but that is not sex work.  Trafficked persons of course deserve our protection, trafficking is wrong period and we should do out utmost to put a stop to it. Sex workers’ movements do not condone or encourage trafficking.  Sex workers can be, and often are, allies in efforts to identify trafficked people. Countries that have decriminalized sex work often find a reduction in sexual trafficking due to the simple reality that the person being trafficked can alert the authorities without fear of being arrested.

Not only that but criminalization harms sex workers in countless ways, in criminalized areas we have no legal redress for non paying clients, abusive clients, rape by clients , racial discrimination and loss of employment in other areas if one is discovered to be a sex worker. Making sex work illegal effectively silences and blames victims.

Myth: Ok, but what about survival sex work, they are coerced by [insert socal ill here] to do this work so its not really a choice. Therefore sex work should be criminalized

Reality: Economic coercion is real. And it occurs in all areas of labor. Not just sex based labor. For every worker you can show me who is forced by tragic circumstances (financial hardship ect..) to do sex work I can show you 100 single mothers working for minimum wage at jobs they despise in humiliating conditions doing it for the same reasons. Capitalism sucks donkey balls, so fight the source of the evil not the symptom. Attacking sex workers or trying to make them stop doing this work when economic hardship has influenced them to do it is patently absurd because if they were truly forced by circumstances you are cutting them off from the only financial lifeline they have forcing them to be destitute and homeless. Instead of taking away their only source of income don’t you think it might be a better idea to solve the root problem of economic coercion for everyone? 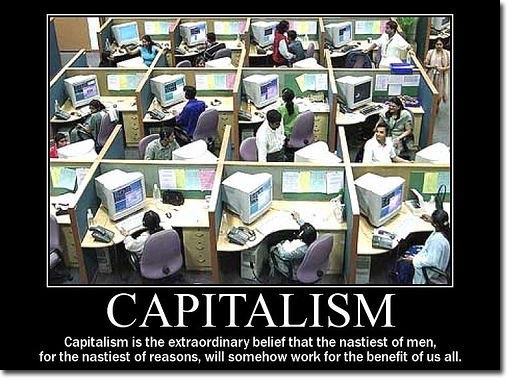 Myth: There is no good reason for anyone to go into or remain in sex work.

Reality: I can’t speak for the other sex workers, but I make a shitload of money. I only have to work a few days a month to pay my bills and the rest of my time is my own. How many other workers can say that?

It offers me a degree of autonomy that i have yet to experience in any other occupational field, I have no boss, I have no hours but the ones i set myself, nobody can fire me and nobody can make me do work i do not want to.

If i wake up tomorrow and say “I’m not getting out of my pajamas today” not a single human being can stop me and I would not have it any other way. If i can have a good reason for doing it, so can all the other sex workers, I can’t speak for their reasons because i’m not them and i cannot judge their reasons as good or bad. But neither can you so shut your pie hole. 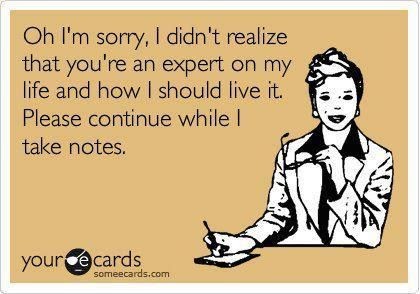 Myth: Sex workers only do that job because they aren’t skilled in any “real work”. We should make them get “real jobs”.

Reality: Many sex workers are in essence independent small business owners and have to deal with all the complexities that running a business entails. Balancing client scheduling, managing assets and advertising are just a few examples. This requires a lot of skills that we could easily apply to non sex work jobs and many of us are skilled in other areas, Sex work is a highly skilled profession including the actual sex acts themselves, they require a degree of physical and mental strength and endurance that a lot of non sexual jobs do not.  That kind of dedication and skill demands respect.

I personally have information security training from the US Army and have held a security clearance. If i wanted a “real job” all id have to do is make some phone calls. Many sex workers are part time and use their funds to help pay for college and other vocational training or fund activism work to make the world a better place. However this does not mean that the sex workers who might happen to fall into this category are any less worthy as human beings or any less deserving of respect. Human beings in the post industrial world specialize their skillsets and there is no shame in this.

You wouldn’t talk down to a coal miner who only knew how to coal mine would you? Its a shitty attitude and a derailing argument so kick rocks asshole.

Myth: Sex workers spread diseases and for the good of public health it has to be criminalized.

Reality: In the past this may have been true about a high risk of infection but with the development of safer sex practices and an increase of education this has begun to change. Sex workers have lower rates of STI infections than the past due to sex worker cultures strong embrace of safer sex practices in developed countries. Sex workers are more likely to use protection and thus less likely to have an STI. Using protection reduces STI rates, this is not an extraordinary claim.

Clients on the other hand have higher rates of STI infections and are less likely to seek treatment due to the legal and social stigma involved, legalization and social acceptance as well as safer sex education are the proper solutions. Clients need protection too as well as sex workers, stigmatizing clients only prevents them from seeking proper sexual medical care and prevention.

An australian study in 2009 found the following

“There is a body of research documenting variations in the prevalence of STIs and the frequency of condom use among different populations of sex workers In Australia, the United Kingdom, the United States of America and other developed Western countries, STI rates amongst sex workers remain low . In the UK, the proportion of sex workers reporting previous STIs and acute infection decreased significantly between 1985 and 2002  An Australian study found similar rates of cervical human papillomavirus (HPV) among commercial sex workers and ‘non-working’ controls attending the same sexual health clinic This relatively low risk of STIs has been attributed to high rates of condom use by sex workers with their clients and to a reduction in risky sexual practices in commercial sexual services.”

“This study found high self-reported lifetime prevalence of infection among sex workers and their clients. It is notable, however, that lower STI rates were reported by clients and sex workers from licensed brothels.”

One can safely assume this is due to licensed brothels having health and safety standards such as regular mandatory STI screening and enforced condom use.

Criminalization is the direct cause of many harms related to STI and sex work. Decriminalization allows occupational safety standards to be formed and enforced. Besides nobody in their right mind would try to ban free sex between adults just to prevent STI’s right? Because we all know how well abstinence only turns out. We are human beings, and most human beings like sex and should not be ashamed for liking sex or seeking sex with willing partners. Sexual health is a concern for all of us and focusing on medical cures and prevention of STI is a far better utilization of resources than trying to stop people from having sex with one another, even if money is involved.

Besides what business is it of yours who someone else is fucking? If you don’t like the idea of sex workers, don’t hire one.

Myth: There is no such thing as the “happy hooker”, they are all depressed or addicted to drugs or were abused as children and thats why they are in sex work. This is why it should be criminalized.

Addiction is a disease and a serious medical issue and cutting an addict off from finances will not treat the disease, they will find a way to acquire whatever they are addicted to, sex work is sometimes used as a way to offset these costs. Criminalizing sex work will not change this, pushing for drug decriminalization and expanding medical treatment choices for addicts on the other hand is more likely to do some good. Treat addiction as the medical issue it is and stop punishing people for having a disease you fuckstick.

Having said that, there are plenty (read as a majority) of sex workers who are free from the disease of addiction. And plenty of us who are happy with our career choices and our personal lives and as stated before many sex workers choose sex work for the autonomy it brings.

*note i am speaking purely of addiction to drugs and not casual recreational use.*