Disclaimer: I’m not a lawyer or a law expert and my views here are from a layman’s perspective. While i do “name some names” this is not intended to single out anyone, just intended to provide perspective and an example. Please honor that intent and no not try to engage with anyone.

This is a mass callout of every single human being on the planet who ever willfully misgendered Breanna Manning.

As many of you are now aware an email has been published regarding PFC Manning where she confesses the fact she is a trans woman to one MSG (master sergeant)  Paul Adkins. Included was this photograph.

What’s painfully obvious now to white cis people is that Manning is trans, even though I have personally been shouting it from the rooftops since 2011 when we discovered that she had chosen a female name and created social media accounts with that new name, combined with the chat logs with Adrian lamo where she stated (and i am paraphrasing here) that her worst fear was to be drug around the public and media as a man.

While i get her lawyers tactical choice to have manning deny her gender ID issues for the trial, that doesn’t change the reality of the fact that manning is in fact transgender. Bullshitting the army to keep her from being executed is one thing, the american public buying that bullshit is another so knock it off.

Even with this revelation cis people seem to not grasp the simple reality that they should probably use some female or at the very least gender neutral pronouns when discussing her in the public for the simple fact that every time you refer to her as “him” and “he” in the public you are causing real psychological trauma.

Let me put this into perspective for you.

Imagine *your* worst fear. Visualize it in your minds eye, feel the anxiety creeping up as you imagine it.

Now imagine millions of people did it to you every single day, multiple times a day and nobody gave a shit about it. Not only that but anyone who even *tried* to say “hey perhaps we should not be dumping spiders on people who are utterly terrified of them for years” they get shouted down and told, no no this other third party says its ok, that, were all cool with bathing in eight legged demons, don’t worry about that person covered in spiders. Ignore the screams of terror. Oh and you are just a pedantic anklebiter for even bringing it up.

Imagine how terrified and broken you would be by the end of it all.

Thats what you all did to her. All while the army tortured her in other ways.

You took a political move designed to appease a small number of bigots and used it to bring a poor woman’s worst fears to life, and you should be ashamed of yourselves. 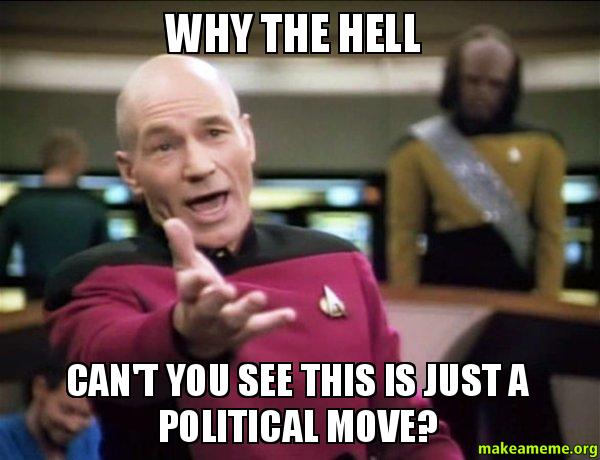 There is no solution to this either. The trial is over, soon the sentencing will be too. Its already done, you can’t fix it now. Sure you can change the pronouns you use *now* and you should but you cannot undo the 2 years of hell you put that poor woman through because you couldn’t pick up on the fact that they were playing politics, and you conveniently ignored every trans voice who tried to correct you. This is a burden you will have to carry for the rest of your natural life. You contributed to the torture of another human being. Willfully. We told you, she told you. You didn’t care. You listened to white cis men instead about trans identities. You ignored our cries for justice. You ignored her words in favor of a political lie.

Congratulations you committed an evil act worse than anything i’ve ever been accused of. That takes some doing.

Torture is considered a crime against humanity

“Crimes against humanity, as defined by the Rome Statute of the International Criminal Court Explanatory Memorandum, “are particularly odious offenses in that they constitute a serious attack on human dignity or grave humiliation or a degradation of human beings.”They are not isolated or sporadic events, but are part either of a government policy (although the perpetrators need not identify themselves with this policy) or of a wide practice of atrocities tolerated or condoned by a government or a de facto authority. Murder; extermination; torture; rape; political, racial, or religious persecution and other inhumane acts reach the threshold of crimes against humanity only if they are part of a widespread or systematic practice.”

Widespread or systematic practice….yeah we have systemic and widespread oppression of transgender people in the US, and legalized discrimination of trans* people in the US Army.  And we had a large number of people insisting Manning was male against all evidence. That oppression lead to Mannings torture, and the public misgendering over years was itself torture ergo it is a crime against humanity itself. And shes not the only one being oppressed, we are raped and beaten and murdered and silenced and this is either legal or laws are simply not enforced for trans victims in most places. Because of this oppression what might appear to be an isolated incident really isn’t, it is instead another sign of systematic oppression of trans* people and if you don’t think the fact manning is LGBT has anything to do with this trial, then you need to pull your head out of your backside.

So, lets break this down shall we.

Manning releases proof the US Army committed war crimes to the public.

Manning arrested and charged with crimes, then tortured by the US Army, and the general population of the US.

Our collective response to learning about the truth about secret war crimes was to commit crimes against humanity in full view of the world.

Oh and if you think this article hurts your feelings, or it offends you I really dont give a shit, you helped torture a human being you have no room to complain.